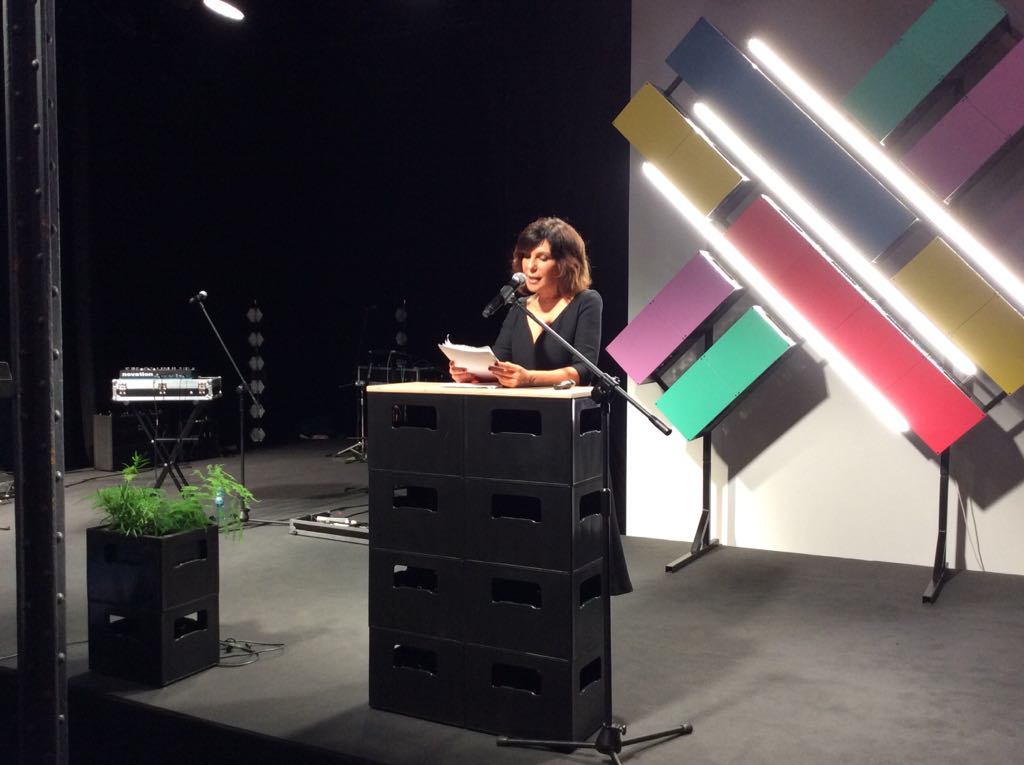 Many times I thought about this moment.

Being in front of you for the first time, as Ambassador of the Creative Cities, it is an honor for which I desire to be worth of.

I thought what would have passed through between us, beyond languages and words, through signs, silence, through what we live in these days.

Yes, because we are the first crossroad. In ourselves and in the relation between the others. Each other.

Myriads of intentions, particles that cross and meet to give shape to a new identity. Something new that will appear only at the end of the meeting, and that will linger forever, with the shape we’ll want to give it.

Yes, because we are the city. We are this place or another.

The place is how we dream it, how we desire it, how we are able to change it, for it to become at the peak of our inspiration.

The non-duality of internal and external.

The city, which is the shape that the communities choose to live together, changes through acts and ideas. Through words, like a hammer that breaks and gives a new shape to the rock. And us, we are the best craftsman of our cities.

So culture transforms the aesthetic connotation towards an ethical instrument, that opens roads to dialogue and to comprehension, bridges to elsewhere, so that who’s thirsty might finally drink.

Here’s the gold of my present, talking to you, women and men who have in your destiny the chance of changing the cities.

From this political outpost, because it is the polis we are dealing with, from this lay temple of culture, we can imagine a new humanism, with human beings at the very center of the cities.

My treasure is speaking of Creative City, which is a tension, a becoming, an intention.

It is already in us or it doesn’t exist.

And my treasure is speaking in Krakowice about the symbol that this Annual Meeting has chosen, the crossroad.

It is nucleus, point of equilibrium, alternation of forces, absolute present.

The sense of the crossroad is in it’s central fire, in the word that saves, written in the middle.

The force of the crossroad, its thirst is in the choice that imposes to us: the crossroad questions us, we know and we determine.

It is our responsibility, at each juncture, angles of light or not.

This sign is powerful. It is an extension. It is an intention.

And it draws the roads starting from there.

The first crossroad, the essential one, is between yes or no.

Between darkness or light, death or life.

The importance of the second crossroad is in the force of the nucleus, in its power of attraction and propulsion, dispersion or spread.

Much indeed is impressed at the heart of each crossroad.

Choices. Tracks, already beaten, compiling sistems of what we already know. Or not.

Here’s the heart of the city, its nucleus of justice and peace, its own name.

Here’s the opus of us, builders of peace of the cities, our doors always open, our restless hands.

The possibilities that gets through us, to guarantee the integrity of our commitment, ourselves and us a bit farther, the non-duality between center and peripheries.

Here’s the new city, the never-seen, the resplendent.

The city-archipelago, the city polycentric, a thousand cities in one, like the many faces of our souls, in a new vision to make real.

The third is the sign of this Annual Meeting, a double draw with eight roads.

The first one is hope.

The third road is peace.

Being undivided, not doubles, not discordant. Being one.

The fourth is the uknwown, the yet to know.

The fifth is silence.

It is a road that crosses all the others.

There is silence in peace, and it is a search of peace still unknown.

The absence of noise is unoffense to senses, with which we perceive the surrounding and the elsewhere.

Silence is also the absence of ugliness, the harmony, the correspondence of the particles just like the ideas.

The sixth is construction.

It is the road of stone. Of memory.

Building on stone, and on sand as it was stone, comprehending the caducity and the eternal.

The seventh is the other, the elsewhere, the voyage.

Being builders of elsewhere.

Being here and there at the same time.

The eighth road is the not-far.

The not-looked-for, what comes to meet us.

The miracle we need.

Whichever, to each one, but now.